How Human Am I? EEG-based Evaluation of Animated Virtual Characters 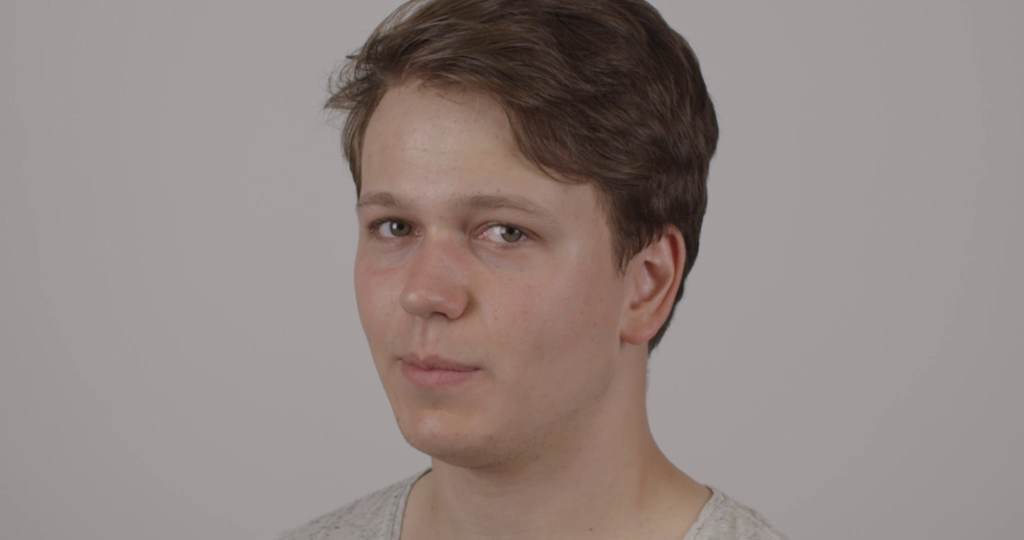 There is a continuous effort by animation experts to create increasingly realistic and more human-like digital characters. However, as virtual characters become more human they risk evoking a sense of unease in their audience. This sensation, called the Uncanny Valley effect, is widely acknowledged both in the popular media and scientific research but empirical evidence for the hypothesis has remained inconsistent. In this paper, we investigate the neural responses to computer-generated faces in a cognitive neuroscience study. We record brain activity from participants (N = 40) using electroencephalography (EEG) while they watch videos of real humans and computer-generated virtual characters. Our results show distinct differences in neural responses for highly realistic computer-generated faces such as Digital Emily compared with real humans. These differences are unique only to agents that are highly photorealistic, i.e. the ‘uncanny’ response. Based on these specific neural correlates we train a support vector machine (SVM) to measure the probability of an uncanny response for any given computer-generated character from EEG data. This allows the ordering of animated characters based on their level of ‘uncanniness’. 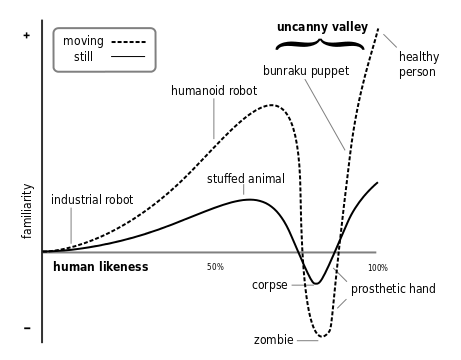 Mori proposed a theory that the more human looking a character becomes the more agreeably it is perceived until the
character becomes so nearly human that it causes a response of revulsion, as seen by the valley where the corpse and zombie end up, before the response becomes positive again in response to real humans.

Exemplars of animated agents with varying degrees of human-ness used in EEG study to explore and predict neural
responses to different levels of realism in animated humans.